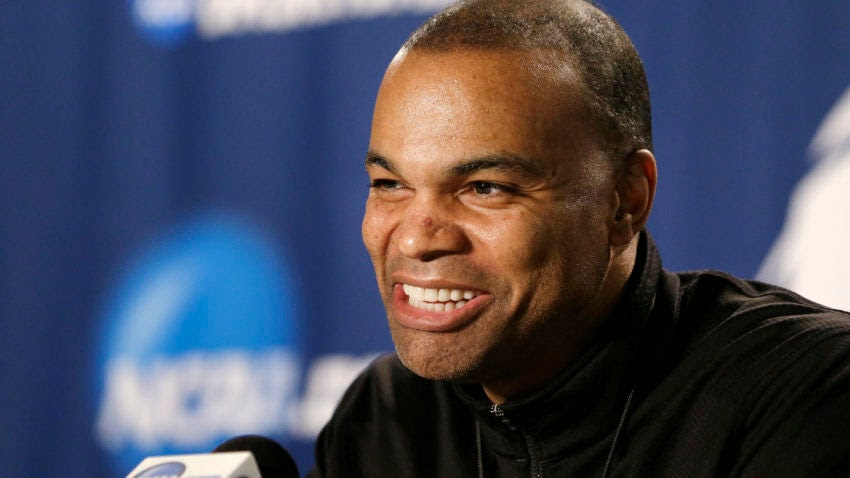 The Harvard Alumni Association of Utah would like to invite you to an interactive Fireside Chat Web Event with Harvard Head Basketball Coach Tommy Amaker.

About Coach Tommy Amaker:
Tommy Amaker is the Thomas G. Stemberg ’71 Family Endowed Coach for Harvard Men’s Basketball. Coach Amaker was introduced on April 13, 2007 and has since led the Harvard program to the most successful 13-year stretch in Ivy League history. His accomplishments include guiding the team to four consecutive NCAA tournament appearances (2012-15), seven Ivy League Championships (five consecutive titles from 2011-15 and back to back titles in 2018 and 2019), three NIT appearances and six 20-win seasons (2010-15). He became the all-time winningest coach in program history after a historic win over Boston College on December 7, 2016. Prior to his time at Harvard, Coach Amaker served as the head men's basketball coach at both the University of Michigan and Seton Hall University.

Before becoming a head coach, he was an assistant coach and associate head coach at his alma mater, Duke University. He was part of five Final Four teams and back-to-back NCAA Championships in 1991 and 1992. After earning McDonald’s and Parade All-American honors in high school, he was recruited to Duke where he was a four-year starting point guard. Amaker led the team to the 1986 NCAA title game and, as team captain during the 1986-87 season, was named an All-American and college basketball National Defensive Player of the Year. He also won a gold medal as part of the US National team at the 1986 World Championships and was subsequently drafted by the Seattle SuperSonics in the 1987 NBA Draft.

Zoom meeting link and dial-in information will be sent prior to the event to those who RSVP. Please make sure you are all set to use Zoom before the web event. Click here to Get Started on Zoom.